As the youngest of three, I had the most difficult time traveling in the car. My parents would often play “I spy.” The premise, for the two people out there that have never played the game, is simple; you pick an object and use the first letter of the object and then say, “I spy with my little eye something beginning with…” Everyone else would take turns to try and guess what the object was. As you can expect, as a younger brother of two sisters, I felt I had the right to change the rules when I wanted! I would say, “I spy with my little eye something beginning with P.” They would list off four or five options, and I would with great glee say, “Nope.” When they would give up and ask what it was, I would smugly say, “It was sausages!” much to the chagrin of my sisters who would protest that I was not playing correctly! However, my perspective was shaped by the mindset that I can do what I want!

So, what do I mean by perspective? And why is it so important? Glad you asked! Perspective is the interpretive lens by which we process our life. It shapes how we view opportunities and obstacles. It is a powerful dynamic to understanding our lives and will determine how we respond to the world around us. It will either limit or expand our experiences. Therefore, one of the keys to helping people experience transformation is a regular exploration, assessment, and adjustment of their view of God, self, and others, ideally in that order. A. W. Tozer aptly said, “What comes into our minds when we think about God is the most important thing about us.”1

Perspective is the interpretive lens by which we process our life.

With this being such a critical issue, we must ask a fundamental question, “does belief shape perspective, or does perspective shape belief?” Yes! As much as we would prefer to make a simplistic and linear system, the inner world of thinking, believing, and interpreting life is more complex and messy.

Albert Einstein insightfully observed, “Make everything as simple as possible, but not simpler.” We want to avoid being reductionistic or flattening an issue for our convenience or comfort but work hard to give a biblically thoughtful and helpful response to whatever we are examining.

Numbers 13:1-14:44 is one of the two greatest Apostasy of the wilderness wanderings, second only to the golden calf incident (Exodus 32-34). God instructs Moses to have a key leader from each of the tribes go and spy out the land. What will be essential to keep in mind is that God promised to give them the land, “Send men to spy out the land of Canaan, which I am giving to the people of Israel.”3

This ties back to God’s covenant promise to go with his people and fight for them. “Be strong and courageous. Do not fear or be in dread of them, for it is the LORD your God who goes with you. He will not leave you or forsake you.”4

They go on a forty-day reconnaissance mission and return with physical evidence of the provision in the land. “We came to the land to which you sent us. It flows with milk and honey, and this is its fruit.”5

However, they assessed the situation by circumstantial observation-only! This caused ten of the spies to be myopic and, consequently, overtly fearful and defiantly resistant. This is an excellent example of how the perspective of circumstances shapes belief and actions.

They assessed the situation by circumstantial observation-only!

“We are not able to go up against the people, for they are stronger than we are.”…” The land, through which we have gone to spy it out, is a land that devours its inhabitants, and all the people that we saw in it are of great height…and we seemed to ourselves like grasshoppers, and so we seemed to them.”6 Their fearful unbelief was contagious and caused a rebellion against God and his appointed leaders, which resulted in severe consequences. “Then all the congregation raised a loud cry, and the people wept that night. And all the people of Israel grumbled against Moses and Aaron.“7

However, Joshua and Caleb are a powerful contrast of how the same circumstances that produced cowardly retreat and defiance in the ten revealed a fierce perspective of faith in God in the two! Joshua and Caleb boldly appeal to the community based on their beliefs about God, not their ability or circumstances. “The land, which we passed through to spy it out, is an exceedingly good land. If the LORD delights in us, he will bring us into this land and give it to us, a land that flows with milk and honey. Only do not rebel against the LORD. And do not fear the people of the land, for they are bread for us. Their protection is removed from them, and the LORD is with us; do not fear them.”8

See how critical and powerful perspective is! And also, see how crucial it is to know what you believe about God.

In the following number of articles, I want us to explore and identify how characteristics God has revealed about himself can help refresh and recalibrate our perspective and those we help in the counseling room. 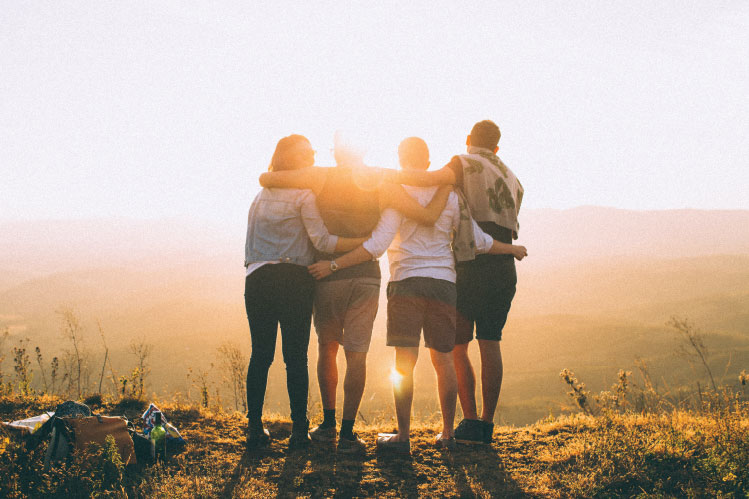